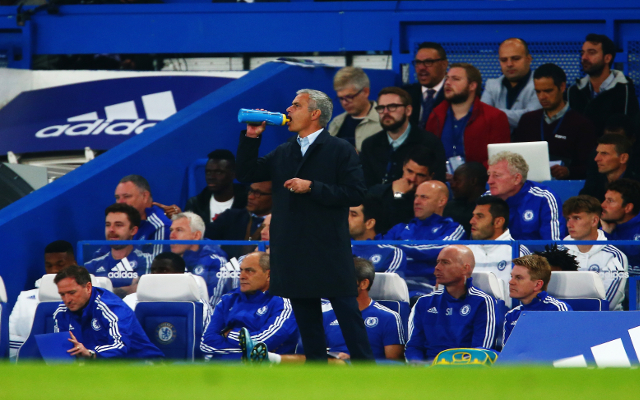 Chelsea manager Jose Mourinho was in bullish mood following his side’s 3-1 home defeat to Southampton, stating that it would be a mistake if his side opted to sack him, modestly declaring that he is the best boss the West London side have ever had according to Goal.com.

Mourinho blasted referee Robert Madley for failing to give his side a penalty early in the second half, when the two sides were level, as the Blues slipped to their fourth defeat in eight Premier League fixtures.

“If the club wants to sack me they have to sack me because I am not running away from my responsibility, my team,” he told Sky Sports after the game.” Mourinho started.

“To be champions now is obviously very, very difficult because the distance is considerable. I am more than convinced that we will finish top four.

“It is a crucial moment in the history of this club because if they sack me they sack the best manager this club has ever had.

“The message is that the results are the fault of the manager. This is a moment for everybody to assume their responsibilities and stick together.”

Saturday’s defeat leaves Chelsea some ten points off leaders Man City and seven points off the top four and perhaps more crucially Mourinho’s side do not show any immediate signs of turning their ship around.