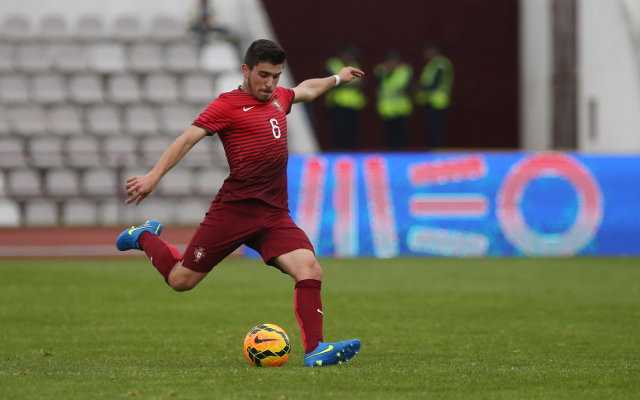 Chelsea are preparing a move for FC Porto youngster Ruben Neves according to the London Evening Standard.

The 18-year-old put in a good display as his Primeira Liga side overcame the Blues in Champions League action earlier in the week and the Evening Standard claims Real Madrid and Barcelona are also keeping tabs on the teenager.

Jose Mourinho has seen his current first choice holding midfielder, Nemanja Matic, put in a string of average displays this season and as such it’s perhaps not surprise the Chelsea manager would show interest in a defensive midfielder of Neves’s obvious potential.

Though Neves only turned 18 in March he has already been capped nine times at Under 21 level and made 37 appearances for FC Porto in all competitions last season.

The London Evening Standard claim Neves has a fairly steep £29m release clause written into his contract and that this may prove to be something of an obstacle to Chelsea and this source also believes that the FC Porto starlet could be seen as a cost effective alternative to first-choice midfield target Paul Pogba.