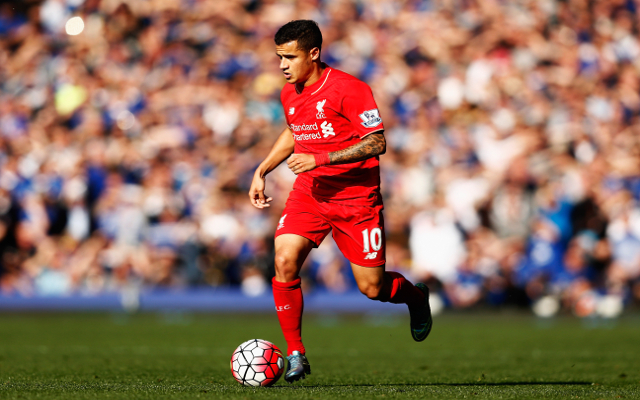 Barcelona have set their sights on Liverpool playmaker Philippe Coutinho according to Spanish source Sport.

The 23-year-old Brazilian has matured into a hugely effective attacking midfielder and has managed to re-ignite a career that had been stagnating at Inter Milan.

Liverpool have seen top talents leave in recent seasons with Luis Suarez and Raheem Sterling both moving on to clubs they felt could better serve their respective ambitions and there must be a fear that Coutinho could follow suit.

This source values Coutinho at just €30m (£23m) and claims that Luis Enrique sees the Liverpool man as a replacement for Pedro, who left for Chelsea over the summer.

Given that Pedro was merely a bit-part player over the last 18 months of his time at the Nou Camp one imagines Coutinho would expect more if he were to move to the Catalan giants.

Liverpool paid a bargain fee of just £8.5m to sign Coutinho back in January 2013 and the flair player has made 111 appearances for the Merseyside outfit and is perhaps the club’s most bankable asset.