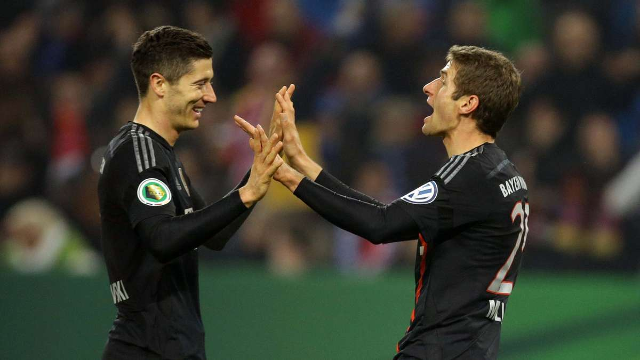 Manchester United still seem set on signing Bayern Munich star Thomas Muller, with reports that the Bundesliga giants have had to tell them to stop bidding for him.

The German international was the subject of a £65m offer from the Red Devils during the summer transfer window, and would be an ideal signing up front for Louis van Gaal’s side.

Still, Bayern have remained unsurprisingly keen to hold on to one of their best players, and according to the Daily Express, they have urged to United to ‘stop sending in offers’ for him.

United have been big spenders under Van Gaal, and it may be that they will keep going in a bid to land Muller, though they have also been linked with the likes of Gareth Bale and Neymar as well.