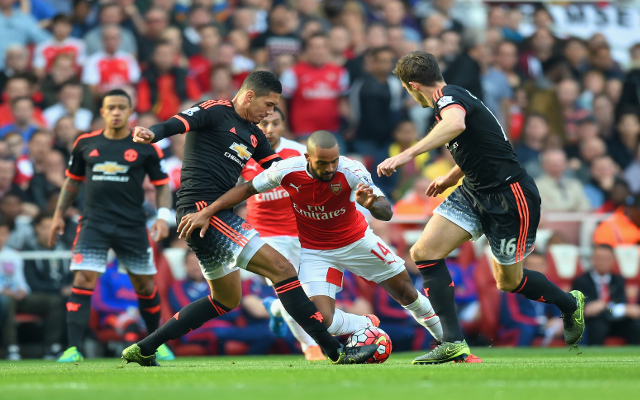 Arsenal forward Theo Walcott believes his side’s 3-0 win over Man United will send a message to their Premier League rivals as the North London side look to end a lengthy domestic title drought.

Arsene Wenger’s side romped to a three goal lead inside the first 20 minutes of their encounter with Man United, Alexis Sanchez scoring twice and Mesut Ozil bagging also netting, and moved up into second place in the table behind Man City.

Walcott was once again picked ahead of Olivier Giroud to lead the Arsenal attack and feels his side have the belief to push onwards and upwards.

“You could sense from kick off that the desire was there.

“We need that in every game, we should be playing like that every week.

“That was all for the manager without a doubt. Players spoke to each other on our own and we wanted to do this for the fans. It was the Arsenal of old, everything seemed to click.

“It sends a message to the Premier League, we are here to be recognised no doubt. I think we wanted it more.

“That first half we were unbelievable, no one could have dealt with us, it was the best football I have been involved in.” Walcott added in quotes reported by the Daily Star.