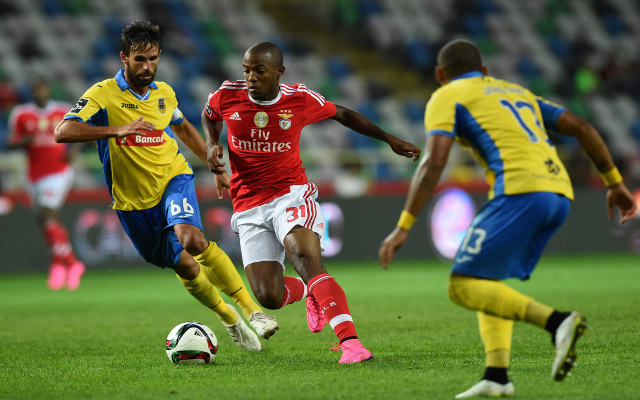 Chelsea and Man City are said to be chasing Benfica attacker Victor Andrade according to the Daily Mirror.

The 20-year-old is valued at £25m by his Primeira Liga employers and is considered one of the hottest Brazilian prospects though it is worth noting that the youngster has only just broke into Benfica’s first team set-up and as such his price-tag could be considered more than a tad inflated.

Andrade left Sao Paulo based side Santos for Benfica back in July 2014 and spent last term with the club’s ‘B’ team, graduating to the first team over the summer.

Manuel Pellegrini is thought to be favourite to sign Andrade in January though it’s clear the versatile starlet, who can play in a number of positions but is most commonly used as a right-winger, would be some way off a spot in the Chilean’s starting eleven.

Pellegrini has an embarrassment of riches when it comes to wide-attacking options with the likes of Raheem Sterling, Kevin de Bruyne, Jesus Navas and Samir Nasri among those available to the Etihad Stadium boss.