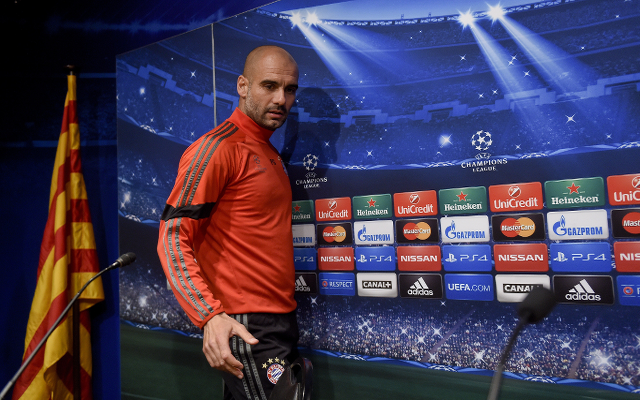 Few coaches in football history have risen to the top of the ranks faster than Bayern Munich manager Pep Guardiola, and it’s part of what makes him the dream candidate to one day replace Arsene Wenger at Arsenal.

According to the Metro, journalist John Cross noted that although Arsenal assist coach Steve Bould is believed to be a top choice to succeed Wenger at the helm, the club’s “dream” choice is Guardiola.

John Cross says that Steve Bould would make a great manager but the Club’s dream is for Pep Guardiola post Wenger.

A brief look at Guardiola’s resume both as a manager and a player shows that he is in the upper echelon of winners at the highest levels of football.

Following a one-year sabbatical, Guardiola accepted the manager’s position at Bayern Munich and continued his trophy-winning ways immediately. Since 2013 he has won two Bundesliga titles (and is the odds-on favorite to win it again this year), a DFB-Pokal title, Super Cup and Club World Cup.

As a defensive midfielder in Spain, Guardiola was no slouch either. He won the La Liga title six times with Barcelona, as well as two Copa Del Ray titles, four Supercopa de Espana titles, the Champions League, the Cup Winners’ Cup, and two Super Cups. In 1992 he won an Olympic Silver Medal representing Spain.

Needless to say, a manager with 19 trophies in six years as a manager and another 16 trophies as a player knows a thing or two about winning big games, something Arsenal have been criticised for sorely lacking over the last few years under Wenger.