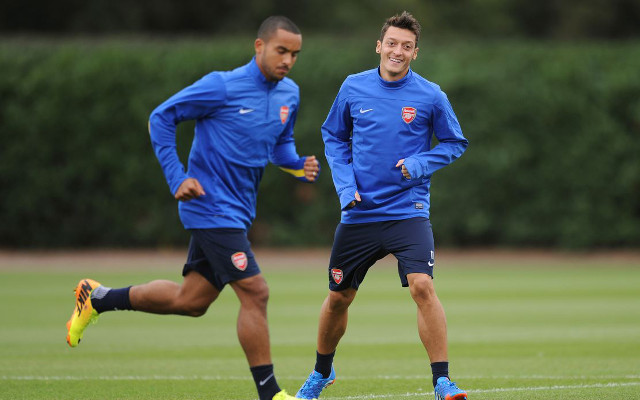 Alexis Sanchez and Olivier Giroud may occupy the most headlines when it comes to Arsenal‘s scoring stars, but it’s another Gooner duo that has the monopoly on getting the ball past the net.

According to the Metro, a fascinating statistic posted on Twitter revealed that Mesut Ozil and Theo Walcott are an incredible scoring duo who have contributed 51 goals in 1,495 minutes on the pitch together. That comes out to a goal every 29.3 minutes.

The stunning stat begs the question: Why doesn’t Arsene Wenger play those two together more often?

Ozil and Walcott have played together at Arsenal for over two years now, but Walcott has unfortunately suffered several injuries that limited his playing time in that period. Walcott has also been somewhat overshadowed on the starting XI by Sanchez and Giroud.

But numbers never lie: Arsenal are a force to be reckoned with when the two 26-year-old stars are on the pitch together.