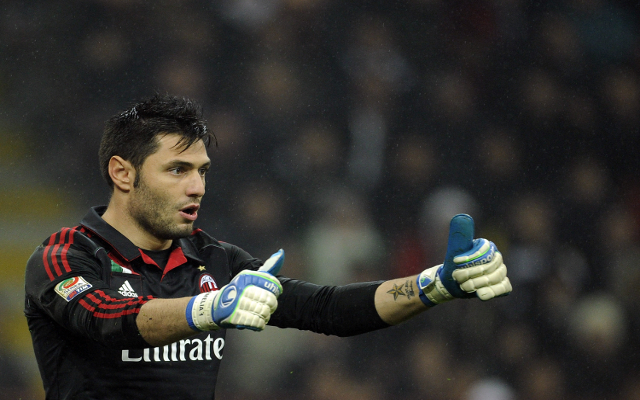 Chelsea have struggled mightily with Asmir Begovic taking over for the injured Thibaut Courtois as goalkeeper, so they’ve picked up an additional option.

Amelia has been given the No. 32 shirt and could play Chelsea’s next match against Aston Villa.

The 33-year-old Italian international played last year with Perugia in Serie B after a lengthy career with Milan and Livorno.

This season Chelsea have given up the second most goals in the league and have recorded only one clean sheet in the Premier League.

Amelia may be a bit long in the tooth but he has a stellar resume to show for it. The Italian international won two Serie A titles with Roma (’01) and AC Milan (’11), along with a Bronze medal in the 2004 Summer Olympics.

Most notably, he was a member of the Italy side who won the 2006 FIFA World Cup.