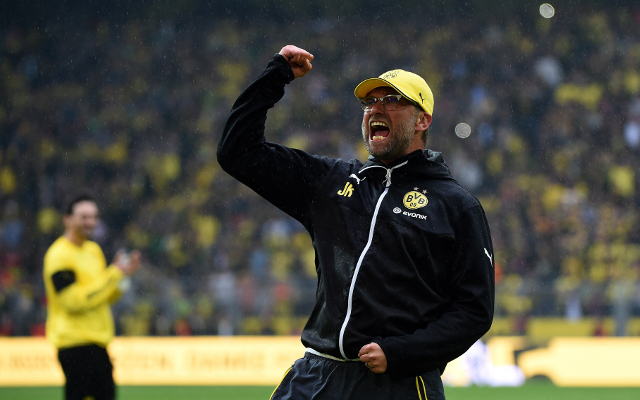 After months of speculation followed by over a week of persistent rumours, Liverpool have reached a deal with former Borussia Dortmund manager Jurgen Klopp to be their new manager.

According to the Liverpool Echo, Klopp has accepted a deal from the Anfield outfit to replace the recently-fired Brendan Rodgers.

The Echo reported that all of the details of a three-year deal have been ironed out and Klopp will arrive in Liverpool to sign the contract on Thursday afternoon, with the official announcement expected to be made on Friday.

One has to believe that Liverpool wouldn’t have been so quick to fire Brendan Rodgers this early in the season if they weren’t certain they had a better candidate ready to go. Rodgers was hired in 2012 but struggled to keep the team atop the Premier League table and frequently lost important matches.

Over the last few weeks, Liverpool have failed to beat lowly Carlisle United in the League Cup during regular time, and were held to draws against Bordeaux and Sion in the Europa League on top of having recorded just three wins in their first eight matches.

The straw that broke the camel’s back was Liverpool’s 1-1 draw with Everton – Rodgers was fired hours later.