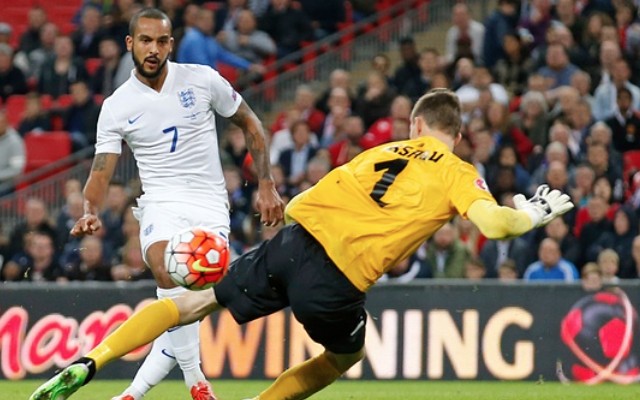 Arsenal’s Theo Walcott got the first goal as England maintained the only 100% record in Euro 2016 qualifying on Friday night by registering a 2-0 win over Estonia at Wembley.

Walcott displayed superb composure as he collected Ross Barkley’s through pass and sent the ball into the back of the net in just two touches on the stroke of half time.

Despite Walcott’s vital contribution, the Gunners flyer was only given a score of 7/10 in the England player ratings which were complied by fanatix editor Robert Summerscales.

However, the best player on the pitch was apparently Everton playmaker Barkley, who got a stonking 9/10.

Not everybody earned impressive reviews. Poor old Nathaniel Clyne was only deemed worthy of 5/10.

Read the player ratings in full – and check out a video of Sterling’s game-clinching goal – by following the link below.