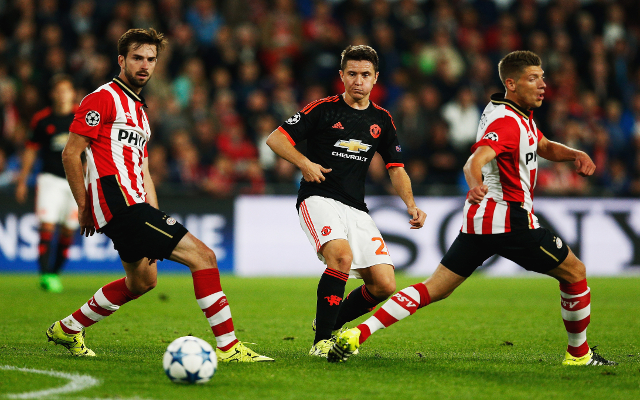 Barcelona are keen on signing Man United midfielder Ander Herrera according to the Metro.

The 26-year-old Spaniard has started just two of Man United’s eight Premier League fixtures this term and a continued last of regular action could cost the former Athletic Bilbao man any hope of a spot in Vicente del Bosque’s Euro 2016 squad, though it’s worth noting that Herrera is still yet to win a single senior cap.

Herrera enjoyed a strong debut season at Old Trafford, scoring eight goals in 22 starts in all competitions, but the arrivals of Bastian Schweinsteiger and Morgan Schneiderlin have impacted on his role in Louis van Gaal’s first-team set-up.

A move to the Nou Camp would more than likely lead to Herrera having to manfully battle the likes of Sergio Busquets, Ivan Rakitic and Andres Iniesta for a role in Luis Enrique’s midfield but given how little action the cultured Man United man currently sees, one imagines a move to Barcelona would be a risk worth taking.