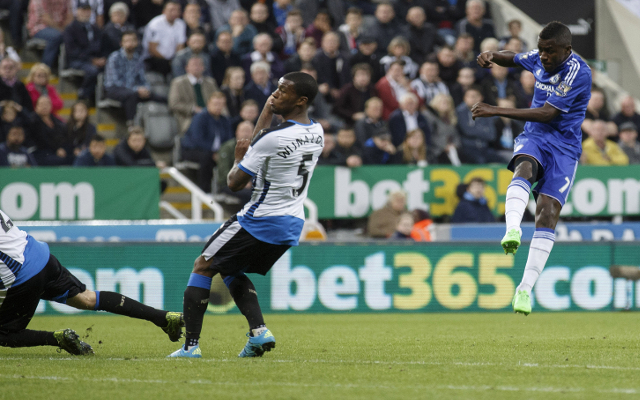 The 28-year-old Brazilian has started just two of Chelsea’s eight Premier League matches this term but may well find himself being used more frequently in the coming weeks given the poor form shown by holding midfielder Nemanja Matic.

Ramires netted a superb goal during Chelsea’s fight-back draw at Newcastle United and may well have thought that his Stamford Bridge side would use the 2-2 draw at St James’ Park as a springboard for better things but this was not to be the case, Mourinho’s men then suffering a 3-1 home defeat to Southampton.

“We’ve not lost a bit of trust in Jose. Everyone trusts him. We think he is the best manager for us,” Ramires began.

“Obviously when things don’t go the way that everyone expects a lot of questions are asked. But we still trust him.

“I understand perfectly where he is coming from with what he said regarding where, if he didn’t have the confidence of the players he would step aside. But that’s not the case at all. We are all together.

“Maybe it’s a shared guilt because when things don’t got the way that everyone expects people look at the players and the manager. But we are all working together to get out of this situation – we want to be at the top of the table. Not the bottom.” Ramires added in quotes reported in the Daily Express.