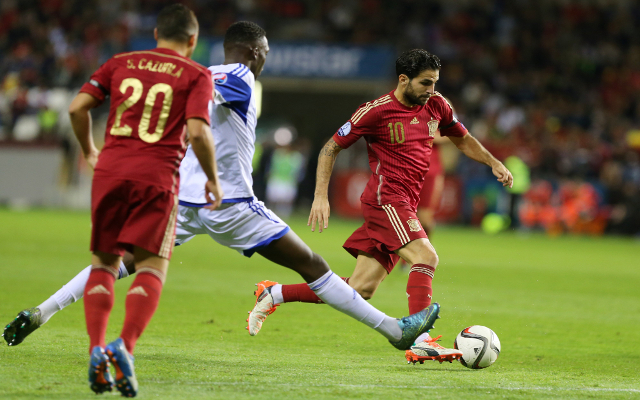 Cesc Fabregas has endured a miserable season with Chelsea thus far and as such may well feel like the international break is an oasis of calm and the former Arsenal man’s display during Spain’s 4-0 win over Luxembourg marked a milestone event for the midfielder.

When the 28-year-old provided an assist for Paco Alcacer’s first goal he broke Xavi’s national team record for assists and duly noted this fact via his Facebook page. 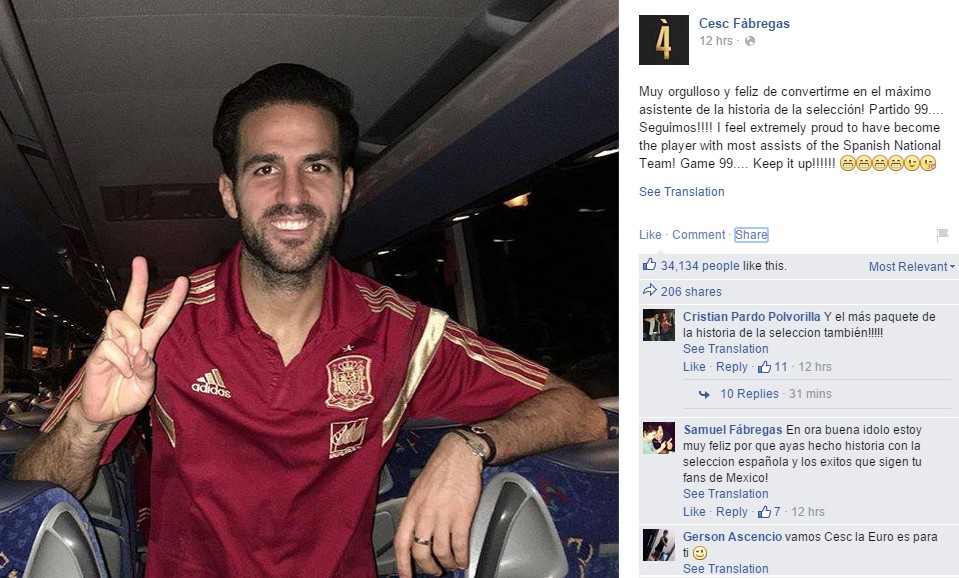