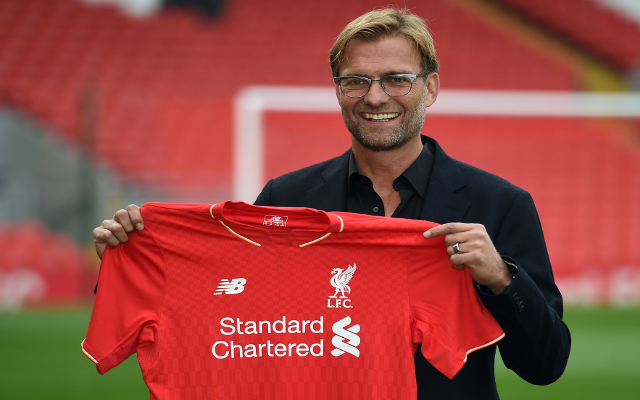 Former Man United manager Sir Alex Ferguson has begrudgingly admitted he feels that new boss Jurgen Klopp will do well in charge of Liverpool according to the Daily Telegraph.

Ferguson has backed German boss Klopp, who as been appointed as a replacement for sacked Anfield boss Brendan Rodgers, to do well in charge of the Merseyside outfit.

“Strong personality, very strong, very stubborn, determined and his performances, and his career at Dortmund was a stellar rise to the top and I think he’ll do very well,”

“I don’t like saying that, being Liverpool, because I’m worried about it but, no, he’ll do well.”

Ferguson did however state his opposition to Liverpool’s ‘transfer committee’ approach, which leaves Klopp, like predecessor Rodgers, without full control over the players brought in by the Premier League side.

“If you don’t trust your manager, why have him there? You’ve got to trust your coach,” Sir Alex said, insisting the manager must be fully in control of transfers.

“Here’s the man that should be deciding which kind of player he wants, the type of player, position he wants, his character he wants. It’s the manager who knows more than anyone about what he needs as a coach.

“And I think that, there’s a lot of this happening in the game now, these ‘Moneyball’ ideas about looking at statistics of players and bypassing the manager’s thoughts, and I think it’s wrong.” Ferguson added.