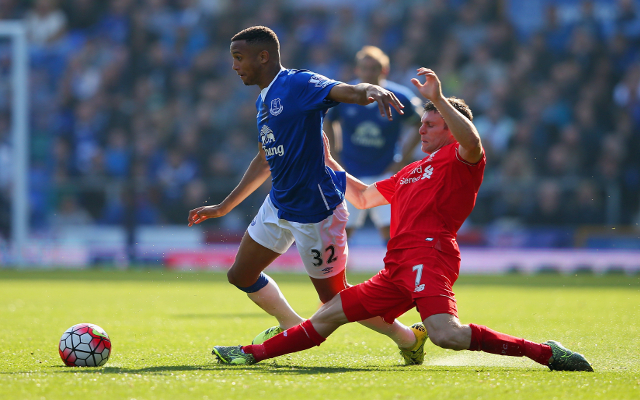 Man United are considering a January bid for Everton left-back Brendan Galloway according to the Sunday Mirror.

The 19-year-old former MK Dons man has impressed this season after being drafted in to fill the void left by Leighton Baines, the England man having been sidelined with injury, and is now seen by Louis van Gaal as a possible replacement for Luke Shaw, who is likely to sit out the rest of the season following the double leg fracture he suffered during Man United’s Champions League loss at PSV Eindhoven earlier this season.

Galloway made his Toffees debut in May and has started seven of Everton’s eight Premier League fixtures this season and has already matured into a very capable top tier performer.

Roberto Martinez is well versed in the art of keeping hold of top talents and fought hard to keep Chelsea from nabbing defender John Stones over the summer and may need to fight of Man United in January though it’s worth noting that Zimbabwe born England Under 19 international Galloway is tied down to a long term Everton contract which runs until 2019.