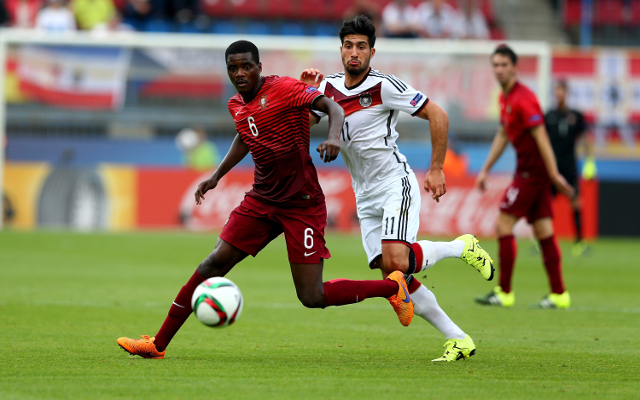 Sporting Lisbon midfielder William Carvalho has issued a very blatant ‘come and get me’ plea towards Arsenal, stating his love for the North London club in a recent interview according to Goal.com.

The 23-year-old Portuguese international has been linked with a move to the Premier League for the best part of 18 months and Arsene Wenger would do well to make a move for the strong tackling Primeira Liga star, who could offer the Arsenal boss a strong option in the centre of the park.

Carvalho has reaffirmed his short term commitment to Sporting Lisbon but has left Wenger in no doubt as to his future desire to move to the Emirates Stadium, stating;

“I am where I want to be right now, which is Sporting, but if I ever do leave then it’s a sign that my work here was well done,”

“I dream of winning the Primeira Liga here.

“I prefer not to say too much, but there is a club with which I’ve always been fond of: Arsenal. Because of Thierry Henry, a player with whom I have always enjoyed watching.

“Maybe this is why I look with so much affection to the Premier League.” Carvalho added.

Currently Wenger used Frenchman Francis Coquelin as his first choice defensively minded midfielder and doesn’t possess a great many effective alternatives with both Mikel Arteta and Mathieu Flamini struggling with form and fitness.