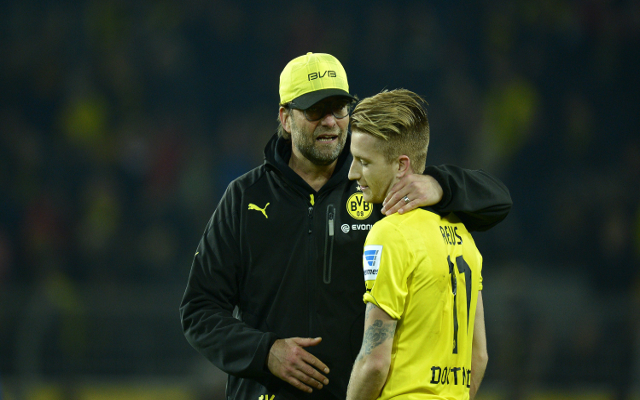 Newly appointed Liverpool manager Jurgen Klopp has responded to speculation that he might seek to raid his former club Borussia Dortmund in order to boost his Anfield squad.

The German boss has been linked with an apparent interest in bringing in top Westfalenstadion talents including Marco Reus and Ilkay Gundogan but has responded swiftly on this topic, stating;

‘I have no intention whatsoever to lure Dortmund’s stars to Liverpool,’

‘I am not interested in how much money I will be allowed to spend in January.

‘It is only October and I don’t even know how many games there are left until the winter. But we clearly have plenty of games left and we will be taking a look at our own players first.’ Klopp added according to quotes reported by the Metro.

One does wonder how much Klopp would be handed in January given the Brendan Rodgers spent around £70m on new signings over the summer, albeit Liverpool also bagged £49m from the sale of Raheem Sterling to Man City.