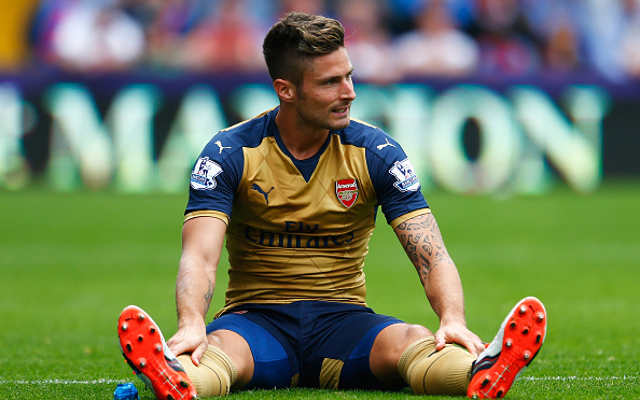 Despite being Arsenal‘s second leading Premier League scorer, Olivier Giroud has been moved to the second choice striker behind Theo Walcott – a move that has left the French ace speechless.

ESPN reported that in a recent interview Giroud confessed that he is not used to being in any role besides the starter and is trying to mentally refocus himself on his work.

“It is something new for me. Whether it was at Tours, Montpellier or Arsenal, I have never experienced a situation like this. I have often played from the start,” Giroud said.

“I need to take positives and to harden myself mentally. I cannot simply take refuge in work. At Arsenal, I am in competition with Theo (Walcott) for the striker position. But he is doing well at the moment, so there is no reason to change.

“I was in his place in previous seasons at Arsenal. I imagine what he must have been thinking. But I feel that the coach believes in me.

“It has been for several matches now that I have played less, that is for sure, but I do not need to be worried. I need a bit more game time but also to believe more in my abilities.”

Giroud recorded two assists in Arsenal’s 3-0 win over Manchester United last week and has three goals in the Premier League this season. Though Giroud has made appearances in all of Arsenal’s Premier League matches this season, he has only been given the starting nod three times.

But despite his nose for the goal, Arsenal struggled mightily early in the season with Giroud being the main man up front. Once Theo Walcott started getting more reps and Alexis Sanchez started picking up where he left off last season, Arsenal finally started stringing together wins.

Giroud has recorded double-digit goals in each of his last three seasons with Arsenal, as well as seven of his last eight years with his time with Montpellier, Tours and Istres included.