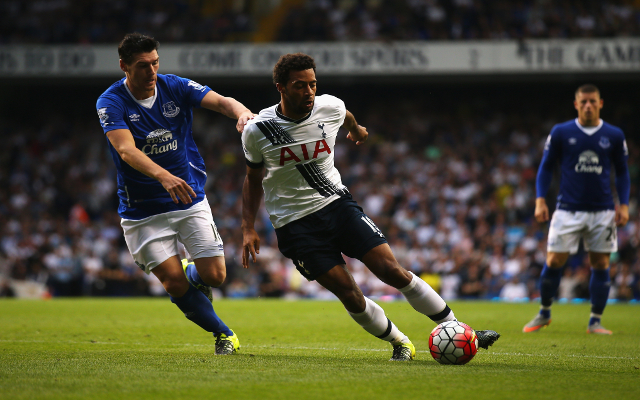 Serie A side Napoli are reportedly in talks with Tottenham over the sale of midfielder Moussa Dembele according to talkSPORT.

The White Hart Lane side are ready to sell the Dembele if their £10m valuation of the 28-year-old is met.

Dembele has started half of Tottenham’s eight Premier League fixtures this season with boss Mauricio Pochettino preferring to use the likes of Ryan Mason, Eric Dier and Dele Alli as his midfield options and the former Fulham man may be open to a fresh challenge.

A deal could be struck in January with Spurs unlikely to offer Dembele a new contract with the Belgian international’s current deal expiring in 2017.

Tottenham signed Dembele in an £15m deal back in August 2012 and the powerful midfielder has been a hugely inconsistent performer over the course of his three years at the North London club.