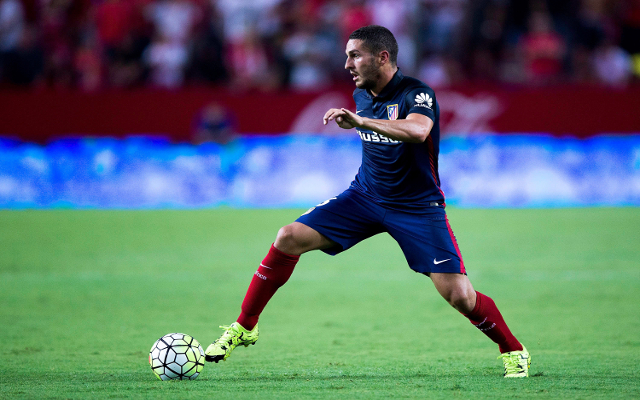 Chelsea are keeping tabs on highly-rated Atletico Madrid playmaker Koke ahead of a possible January move for the £40m rated Spanish international according to the Metro.

Jose Mourinho has seen creative midfielders Eden Hazard, Oscar and Cesc Fabregas all fail to deliver the goods this term and has set his sights on Koke as a possible alternative.

Of the three aforementioned Blues talents it is perhaps Fabregas who would be most under threat should Koke be lured to Stamford Bridge and the former Arsenal man is a player who offers very similar attributes to the Vicente Calderon star.

Koke was at his splendid best when Diego Simeone’s side clinched a surprise La Liga title back in 2013/14 but though Atletico Madrid struggled to hit the same heights last season the 23-year-old has nonetheless proven very effective.

Last season Koke finished as one of La Liga’s leading assist-makers and provided 16 assists in all competitions and Simeone may well fear that Atletico Madrid may be set to lose another key performer.

Atletico Madrid have lost Diego Costa in the summer of 2014 and have seen Arda Turan move to Barcelona and can ill afford to lose another top quality player but if Chelsea make a big money bid then it’s entirely plausible Koke will be the latest to leave the Spanish capital side.