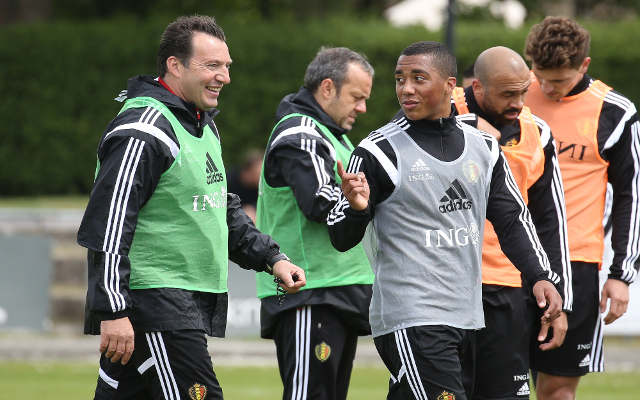 Both Man United and Chelsea are said to have entered into preliminary talks to sign Anderlecht teenager Youri Tielemans according to Goal.com.

Tielemans is rightly considered one of the hottest prospects in European football and made his Champions League at the age of just 16 and Anderlecht face a battle to keep hold of the attacking midfielder.

Old Trafford boss Louis van Gaal has shown a willingness to invest funds in top young talents with the acquisitions of Luke Shaw, Memphis Depay and Anthony Martial costing around £100m and a move for Tielemans won’t come cheap.

Jose Mourinho would also do well to bring in Tielemans as he seeks to strengthen his squad and plan for the future following a shocking start to their Premier League title defence.

Both Premier League sides have raided Anderlecht in the recent past with Chelsea nabbing Romelu Lukaku some years back and Sir Alex Ferguson bringing in youngster Adnan Januzaj in the latter period of his time as Man United boss.

Tielemans is already into the third season in the Anderlecht first-team set-up and is on the fringes of earning his first senior Belgian national team cap despite having only turned 18 in May.