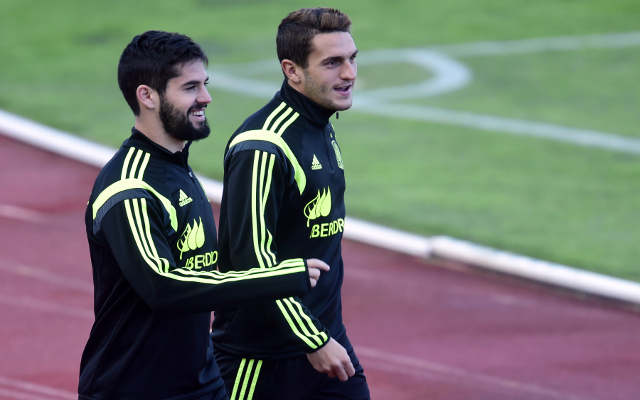 Chelsea manager Jose Mourinho has taken a close interest in Spanish international pair Isco and Koke according to the Independent.

The £70m rated duo could be tempted by a move to Stamford Bridge as Mourinho seeks to add more creative midfield talents to his squad with the likes of Eden Hazard, Oscar and Cesc Fabregas all struggling to find a good run of form this term.

Chelsea have previously raided the Vicente Calderon for top Atletico talent, bringing in Diego Costa and Filipe Luis previously, and are ready to fork out the £40m necessary to land 23-year-old playmaker Koke.

Isco is another player who is said to attract Mourinho and the former Malaga is certainly finding it hard to retain a consistent foot-hold in the Real Madrid starting eleven with the additions of Toni Kroos and James Rodriguez last summer restricting his involvement.

Isco has started six of Real Madrid’s seven La Liga fixtures this season but this has chiefly been down to the fact that both Gareth Bale and James Rodriguez have suffered with injuries, when all options are available to Rafa Benitez it’s likely the 23-year-old will once again have to take a back-seat.