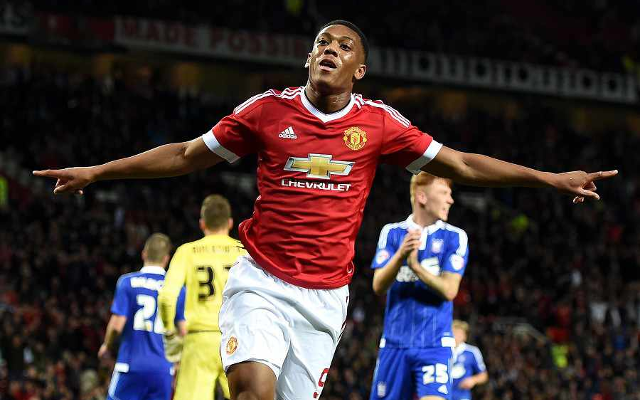 Manchester United new boy Anthony Martial reportedly turned down a higher offer from Premier League champions Chelsea in order to complete his move to Old Trafford this summer, according to a report in Canal+.

The French publication claim that The Blues put a huge offer for the 19-year-old on the table, which outweighed United’s own submission, but despite Monaco’s apparent willingness to sanction the move, Martial was not interested in heading to West London.

Chelsea’s strikers have struggled for form so far this term, with both Loic Remy and Radamel Falcao finding regular game time difficult to come by, while main front man Diego Costa confessed that he endured a sluggish start to the season because he was overweight after returning from the summer break (via Daily Mail).

Martial’s arrival at Chelsea would have been a huge boost in hindsight, as he has already made a positive impact at Old Trafford, bagging three goals in five games so far.

The Frenchman’s form, coupled with the lacklustre performances of his own strikers, could now see Jose Mourinho dip into the transfer market for reinforcements when the transfer window opens in January.