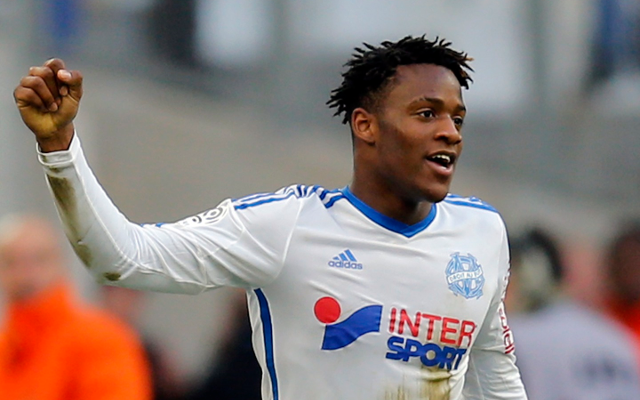 Arsenal are said to be lining up a January move for Marseille striker Michy Batshuayi, according to the Daily Express.

The 22-year-old has been busy enhancing his reputation with the Ligue 1 giants ever since breaking through with Belgian outfit Standard Liege, and has bagged six goals in nine games so far this season.

And now according to French publication Mercato365, the Belgian youngster has now emerged as a top target for the Gunners ahead of the transfer market opening in the new year.

Arsenal boss Arsene Wenger decided against signing a striker during the summer despite being consistently linked with moves for the likes of Karim Benzema and PSG’s Edinson Cavani (via Express).

But with Danny Welbeck expected to be on the sidelines until Christmas following knee surgery (via Express) Wenger has been left to call on Theo Walcott and Olivier Giroud as his only viable options up front.