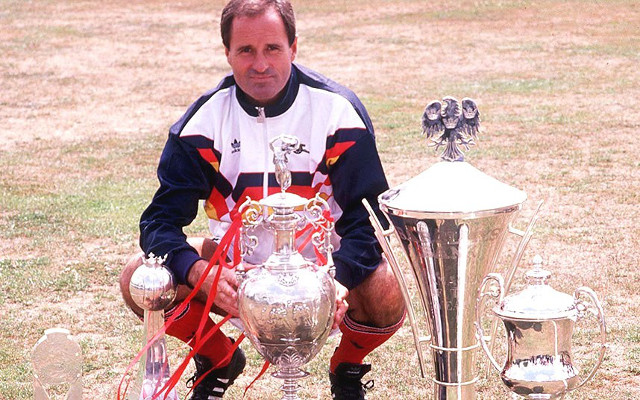 Sunderland’s newly-hired manager Sam Allardyce is excited to be back in the Premier League after leaving West Ham United back in May. In his efforts to begin the rebuilding process at the Stadium of Light though, he channeled memories of his time with an Arsenal coaching legend.

According to HITC, Allardyce revealed that his time with former Arsenal manager George Graham from when they were together at Millwall played a huge role in his dedication to managing as well as his emphasis on defense and shifting formations.

“Rebuilding the organisation is first and foremost,” Allardyce said. “A lot of my stuff comes from George Graham, who I worked with at Millwall. All the stepping up, pushing out, dropping back, shuffling over. A lot of that stuff is what I’ve taken with me throughout my time, because we all know the importance of the clean sheet.”

Though Graham coached a young Allardyce when the new Sunderland boss was a defender at Millwall, his most notable managerial success came several years later.

Graham managed Arsenal from 1986 to 1995, winning the First Division Championship twice along with the FA Cup, two League Cups, and the Charity Shield. In 1994 he led Arsenal to a win over Parma in the UEFA Cup Winner’s Cup – the first UEFA tournament win in Arsenal history. He was fired in 1995 and replaced by Arsene Wenger, but holds the third highest win total and fourth highest winning percentage among Arsenal managers.

George Graham’s seven trophy wins are second only to Wenger in club history.