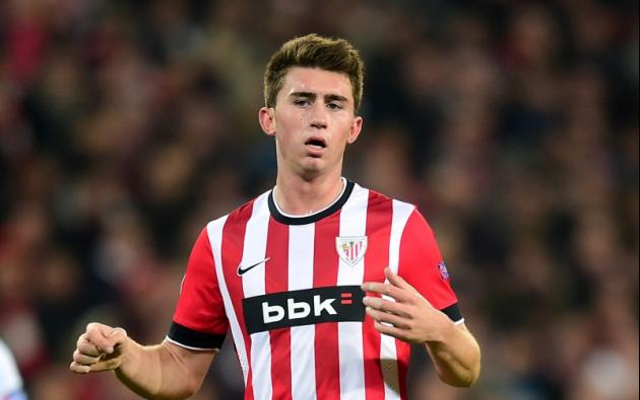 Manchester United transfer target Aymeric Laporte has apparently dealt the club a huge blow with the Daily Mirror reporting that the Athletic Bilbao star will join Barcelona next summer in a deal worth £35m.

The Mirror reports that United boss Louis van Gaal had been having him scouted extensively after marking him out as a potential target for the future.

United are believed to still be in the market for a new top class centre-back having missed out on a deal to sign Real Madrid’s Sergio Ramos over the summer, leaving them with just Chris Smalling and Daley Blind as their first choice partnership and looking to strengthen (via Mirror).

Laporte is regarded as one of thew best young centre-backs in the game at the moment, with The Mirror going on to claim that he has been watched by a series of top clubs across Europe.

Barcelona are still under a transfer embargo, but with it being lifted in the new year they will once again be able to assert themselves as a real force in the transfer market.