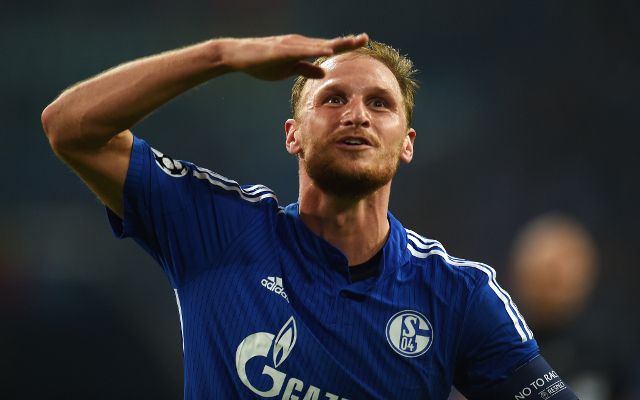 Liverpool are reportedly keen on Schalke defender Benedikt Howedes and the German international is seemingly open to a move to the Premier League according to the Daily Mirror.

The 27-year-old versatile World Cup winner, who can play either at full back or in the centre of the defence, has served Schalke since the age of 13 and is the club’s long-serving captain and may be seen by newly appointed Anfield boss Jurgen Klopp as an ideal addition to boost his Liverpool defence.

On the subject of a possible move away Gelsenkirchen Howedes stated;

“I am still keen on going abroad and playing in England is definitely a flattering option in this respect,”

“Still I am with Schalke and I have a job to do at this club. I am not looking at any other thing actually.

“But, of course, some clubs are somehow more of interest from the point of view of a footballer than other clubs might be.”

Klopp may feel that Liverpool’s defence is one area of his squad that is in most need of strengthening with the likes of Dejan Lovren and Mamadou Sakho failing to offer consistent support for regular Martin Skrtel.

The fact Howedes can comfortably fill spots on either defensive flank make such a purchase a very wise one for Klopp to consider.