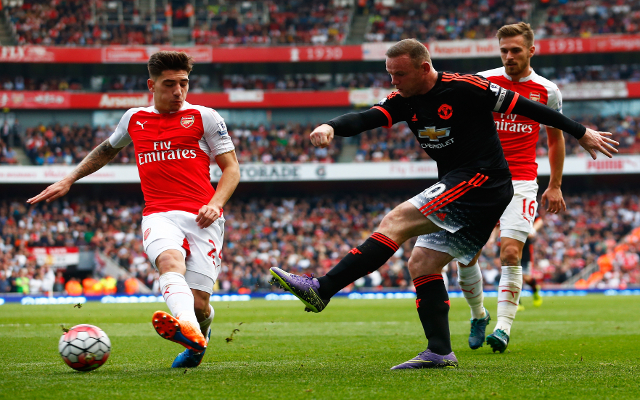 Man United manager Louis van Gaal hopes captain Wayne Rooney will end an eight year hoodoo when he takes on his former side Everton on Saturday afternoon according to Goal.com.

The England international hasn’t netted at Goodison Park since 2007 and is enduring a poor run of form in Premier League action this term and van Gaal has challenged Rooney to break his drought as Man United look to get their title challenge back on track following their 3-0 defeat at Arsenal prior to the recent international break.

“So maybe against Everton he can change but his average is not so good [against them]. So it’s time that he changed that pattern,” he said.

“I don’t know [why his record is poor]. That you have to ask Wayne but I’m a manager who analyses opponents and gives him advice as to how we can disorganise Everton’s defence and then maybe he can score.

“That is what I’m doing, not only for Wayne but all the players, especially from the view of the team tactics rather than the individual tactics.” Van Gaal added.

Rooney has scored just once in seven Premier League appearances this season but has bagged four whilst on Capital One Cup and Champions League duty.