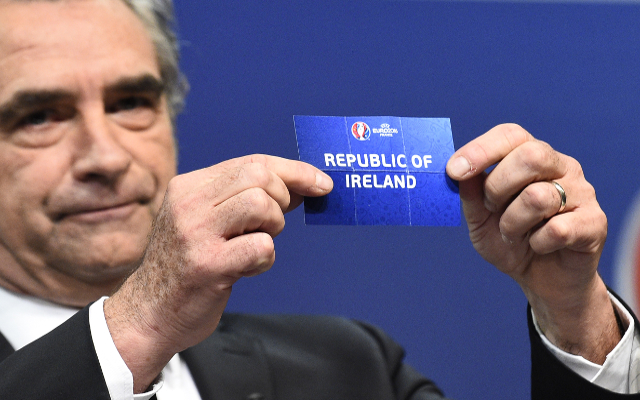 The draw for the Euro 2016 play-offs has been made.

Martin O’Neill’s Republic of Ireland side face Bosnia in a two leg play-off in their quest to book a spot in the Euro 2016 finals.

England, Wales and Northern Ireland have already secured their place in the finals tournaments, which take place in France next summer, and O’Neill will hope his side can continue their good run of form as they take on a Bosnia side that only secured their third place finish when they picked up a late win away in Cyprus.

Ireland finished behind Poland and Germany in Group D.

The full draw is as follows.

Bosnia & Herzegovina vs Republic of Ireland