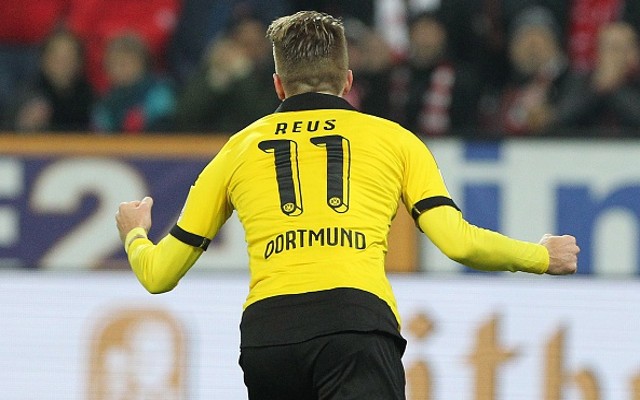 Liverpool have set their sights firmly on Borussia Dortmund star Marco Reus despite comments made by new boss Jurgen Klopp stating he would not raid his former club according to Fichajes.

Klopp saw his Liverpool side draw a blank in his first game in charge of the Merseyside outfit as they drew 0-0 at Tottenham and one can well see why the Premier League side would take a keen interest in any opportunity to boost their options in the final third.

Liverpool were without Daniel Sturridge, Danny Ings and Christian Benteke for their trip to White Hart Lane and Klopp was forced to use Belgian youngster Divock Origi as his chief striking weapon and his side were unable to breach the Spurs defence.

26-year-old German international Reus has long been linked with a move to Liverpool and Klopp’s arrival at Anfield was only ever going to strengthen such speculation and there is no doubting that the cultured attacker could offer the club a real improvement on the options currently available to the former Westfalenstadion manager.

Reus has scored three goals in six Bundesliga starts this term with Borussia Dortmund solidifying their spot as the best of the challengers to runaway leaders Bayern Munich.

Klopp signed Reus from Borussia Monchengladbach back in July 2012, having represented Dortmund previously as a youth player.