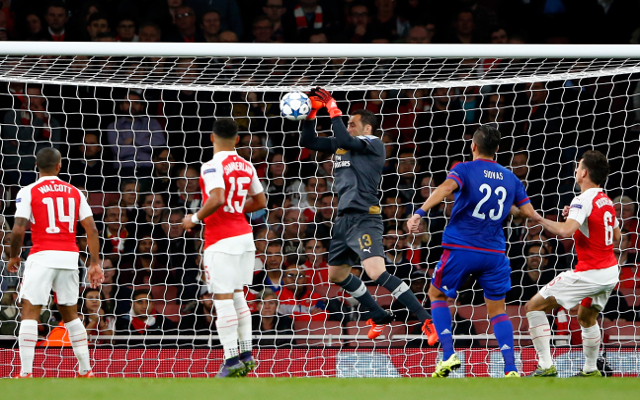 Arsenal keeper David Ospina is ready to quit the Emirates Stadium if he is not named as the starting custodian for the North London side’s upcoming Champions League tie with Bayern Munich according to the Metro.

The 27-year-old dropped a clanger in Arsenal’s last Champions League fixture, their 3-2 home defeat to Olympiakos, and was also not at his best when the Gunners lost to Dinamo Zagreb in their first game in the competition and unsurprisingly many are calling for Petr Cech to be used between the sticks instead.

Goal.com reports that Marseille as keen on the Colombian international and Turkish side Besiktas are also tracking the player.

Ospina impressed over the course of the second half of last season after he replaced Wojciech Szcz?sny, conceding just 11 goals in 18 Premier League appearances, and as such it may be hasty to judge the former Nice man on a couple of average displays of late and Arsene Wenger is likely to stick with the South American as Arsenal prepare for the visit of runaway Bundesliga leaders Bayern Munich.