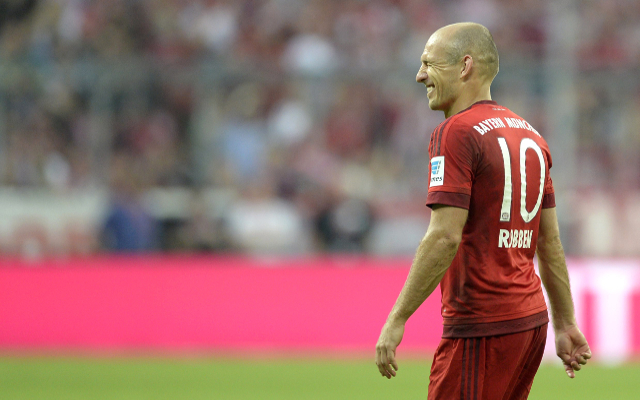 Arsenal take on Bayern Munich in what has become something of a ‘must-win’ clash for the North London side and Allianz Arena winger Arjen Robben believes the Premier League side have the quality to pick up three points from Tuesday night’s clash according to the Daily Express.

Arsene Wenger’s side have picked up three big wins in a row in Premier League action but have suffered back to back defeats against Dinamo Zagreb and Olympiakos and must now hope to get something from their two fixtures against Bayern Munich in order to have a decent chance of securing qualification from the group stages.

Bayern Munich have begun the season with a run of 11 straight wins from 11 matches in Bundesliga and Champions League action.

On Arsenal’s chances of overcoming his all-conquering Bayern Munich side Robben stated;

“I think they have got enough quality.

“I thought last season they did very well. They won prizes; the FA Cup and the Community Shield.

“They looked very stable and this year they look very strong.

“I was really surprised to see them lose two Champions League games but, on their good day, I think they can beat any team and we have to be aware.”

31-year-old Dutch flyer Robben will miss the clash with a groin injury that has seen the former Chelsea man sidelined for the past month.