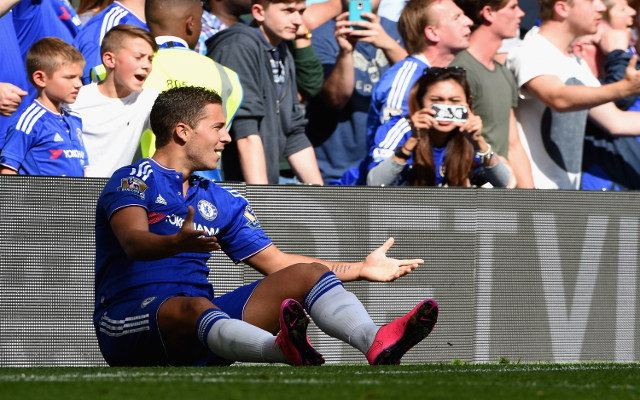 Chelsea star Eden Hazard has responded to Jose Mourinho’s decision to drop him from recent fixtures by stating that in doing so the Blues boss has sent a message to his team-mates, and that no one is untouchable according to Goal.com.

The 24-year-old Belgian has been in poor form of late and has as a result been left out of Chelsea’s starting eleven for recent fixtures against FC Porto and Aston Villa but Mourinho will be happy to see the attacker take his actions in a positive manner.

“It is true that I am no longer untouchable. You can be untouchable when you are playing well, but that has not been the case this season,”

“I was even benched against Porto. I think the coach wanted to send out a message by dropping me.

“But we have a large squad at Chelsea and we will need everyone.”

“Mourinho is the best coach in the world to deal with this kind of pressure.” Hazard added.

Hazard is likely to be back in Chelsea’s starting eleven for their Champions League fixture with Dynamo Kiev on Tuesday night and will be keen to get his season back on track.