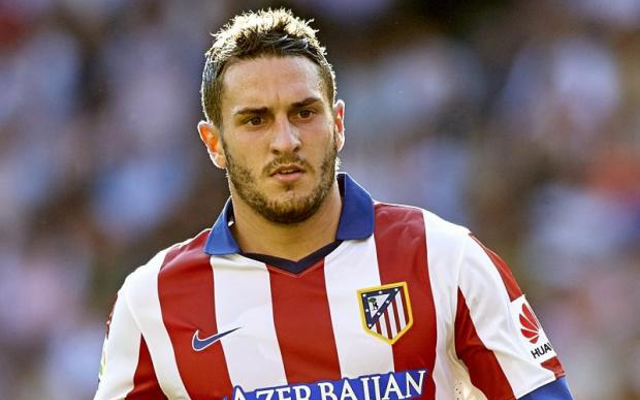 One of the best scoring midfielders in La Liga, Atletico Madrid’s Koke has been a highly-valued target by top Premier League clubs. But the midfield ace does not appear poised to leave Spain any time soon.

According to the Metro, Koke is content to stay with Atletico Madrid for the foreseeable future despite his alleged interest in joining either Chelsea or Manchester United.

Koke’s agent Inaki Espizua reportedly ruled out a move away from La Liga and said that the star midfielder is more than happy with his current arrangement.

“His stance today is to stay at Atletico Madrid, the deal with the club is extraordinary. We have no reason to think otherwise,” Espizua said.

“The buzz has always been there. We’re talking about a top player, it is normal that big clubs want to sign him.

“He appreciates the affection of the fans very much. It was one of the turning points when he thought about his departure, which at the moment isn’t happening.”

Koke has been a vital player for Atletico Madrid over the last five seasons, helping them win multiple trophies in Spanish and UEFA competitions. After scoring a career-high six La Liga goals in the 2013-14 season, Atletico won the La Liga title – making them the only club to overtake Barcelona and Real Madrid for the title since 2004.