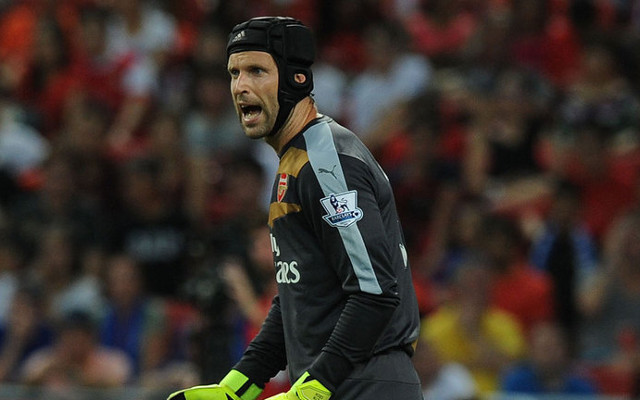 Petr Cech is set to take over from David Ospina for Champions League goalkeeping duties when Arsenal meet with Bundesliga champions Bayern Munich on Tuesday night, according to the Daily Express.

Arsene Wenger has confirmed that the summer signing from Chelsea is set to make his Champions League bow for The Gunners having sat out of the previous two games against Dinamo Zagreb and Olympiacos.

Arsenal’s European goalkeeper so far has been Colombian international Ospina, but he will be sidelined for the game with a shoulder injury (via Express).

The Express further highlights that it was Ospina’s mistake of dropping the ball over the line against Olympiacos that gave the Greek giants the lead in their tie.

Wenger was then on the receiving end of yet more criticism for his decision to go with Ospina instead of Cech, but he has since responded by playing the 33-year-old in every game since then (via Express).

And Wenger, whose side go into a double header with Bayern at the bottom of their group, has admitted that he hadn’t taken the previous two games seriously enough.

“We have the needed belief and confidence that we are doing something right so that helps,” Wenger said.

“So let’s take the positives of our Premier League and as well get the right focus that you get when you play a big opponent.”