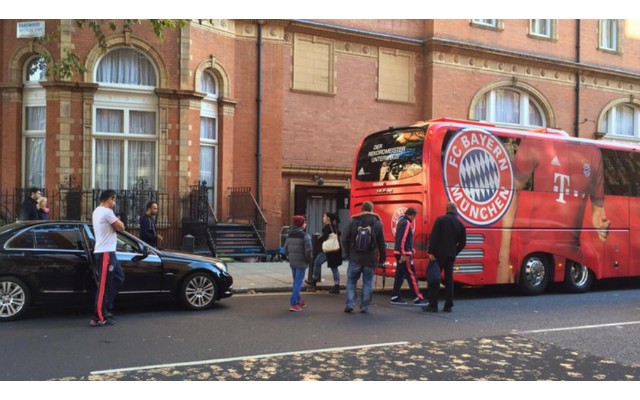 Pictures emerged on Twitter earlier today that seemed to show that Bayern Munich’s team bus had been involved in a crash…with a parked car.

However, it has since been reported that it was in fact the coach that hit the car that was parked on the side of the road.

Just seen the #BayernMunich team bus slam into a helpless this car. Saw the whole thing & available for questioning pic.twitter.com/h4XcmyZnal

Either way, it is hardly the ideal preparation for their meeting with the Gunners tonight.

To rub salt into the wound, the coach was also given a ticket for parking at the side of the road. Bystanders also claimed that at one point Pep Guardiola disembarked from the coach to shout down the errant coach driver.