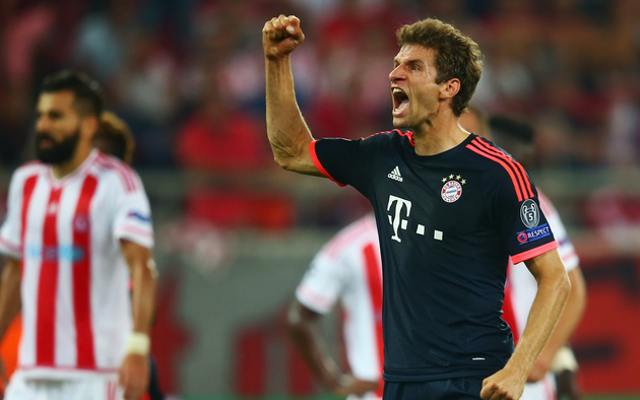 With a commanding lead in Champions League group G, Bayern Munich head into their clash with Arsenal with plenty of confidence – not to mention a league-high +8 point differential – and one of the club’s star scorers has begun the trash-talking.

According to the Metro, star scorer Thomas Muller insulted the pitch at Emirates Stadium and compared it to his living room carpet. The four-time Bundesliga champion and former Champions League winner also jokingly said that it’s a fun place to play when his team is ahead though.

“The Arsenal pitch is like the carpet on my living room,” Muller said.. “Always fun… Well, only if you win.”

Bayern Munich currently have all six points on the Group G table, beating Dinamo Zagreb and Olympiacos by a combined score of 8-0. Arsenal, meanwhile, sits at zero points and lost to Zagreb and Olympaicos by scores of 2-1 and 3-2 respectively.