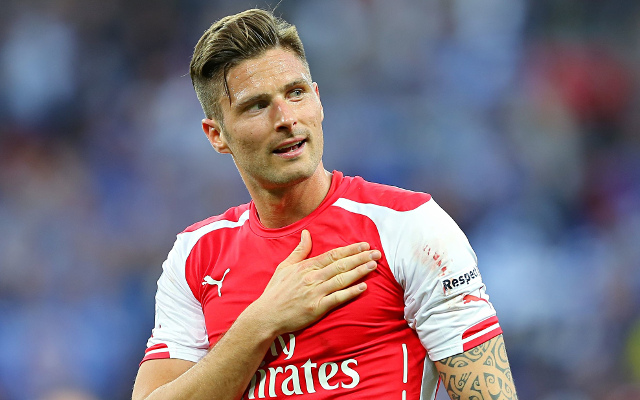 Olivier Giroud hasn’t had it easy this year. When he’s not being criticised by Thierry Henry for not being good enough to lead the Arsenal line, he’s had his spot in the side nicked by a winger.

However, during Tuesday night’s Champions League clash with Bayern Munich he picked up a stroke of luck to get the fans back on his side and celebrate him as a cult hero.

The French international hit the net in the 77th minute, just three minutes after coming on for Theo Walcott, however, many were questioning whether the ball touched his hand before the goal – not that Arsenal fans care much about that now.

The hand of Giroud!!!

Giroud with the modern day hand of god

THE HAND OF GIROUD pic.twitter.com/FE1Av0oCmC

Giroud actually kissed the ball into the net, what a man.