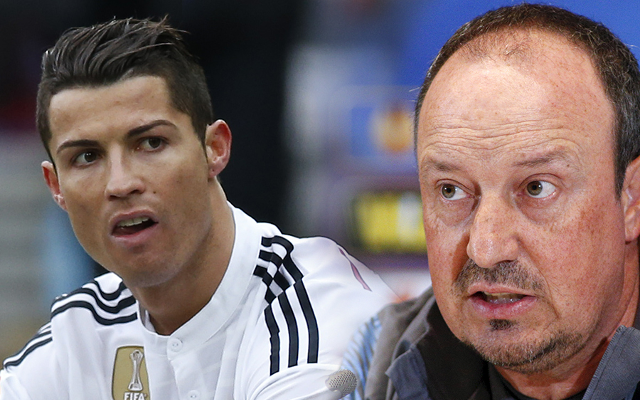 Manchester United have been given a further lifeline that they will be able to bring Cristiano Ronaldo back to the club after reports in Spain suggest that he is ‘fed up’ with life under Rafael Benitez, according to the Metro.

The Portuguese international joined the La Liga giants back in 2009 for what was a world record £80m fee and he has since gone on to become the club’s all-time top goalscorer during his time there.

Both David Moyes and Louis van Gaal have failed in attempts to bring the 30-year-old back to Old Trafford in recent years, as he’s stayed in the Spanish capital to break club records.

But a report on Spanish television outfit El Chiringuito claims that the forward has since become disillusioned with life at the club since Rafa Benitez took over and has since opened up the possibility of a return to the Northwest.