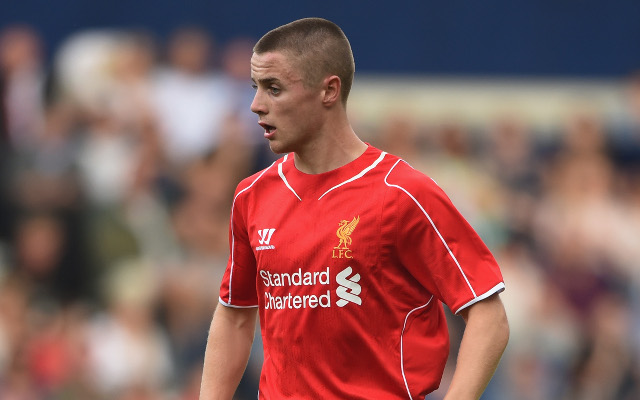 Liverpool manager Jurgen Klopp was as upset over the recent injury to Jordan Rossiter as any player he’s lost in his career this past week, and took the Football Association to task over the excessive amount of time the young midfielder had to play over the international break.

In an interview (from the Mirror) Klopp complained that it was unfair to have the 18-year-old Rossiter play three games in five days representing England, and expressed disappointment in how the FA treats its players – and his players – “like horses.”

“These young players are our future, if we handle them like horses then we get horses,” Klopp said. “It is too much. What can we say? Three games in five days, football is 90 minutes…”

Rossiter had reportedly been on Klopp’s shortlist for Liverpool’s Europa League squad on Thursday against Rubin Kazan according to the Mirror. But Rossiter was put into action for England’s Under-19 Championship qualifying match against Italy – even though England had already qualified – and subsequently injured his hamstring.

“Rossiter is a special story I would say. I have never heard that a player that young plays three games in five days.

“That was the problem why he got injured. Now he is injured and we have to wait for him. I don’t think he is ready to play until after the next international break.

“I don’t know who I have to speak to about this, but I will find a way of talking to someone. It is not ok. Three matches and five days is the reason why he is now injured.

“We need him in this moment, a young player with a big talent. It would have been good for him if he could be with us but he can’t. It is too much.”

The injury is the latest in a series of blows to Liverpool’s depth with Joe Gomez and Danny Ings out for the foreseeable future while Christian Benteke, Daniel Sturridge and Roberto Firmino all battling their bodies to get back onto the starting XI.