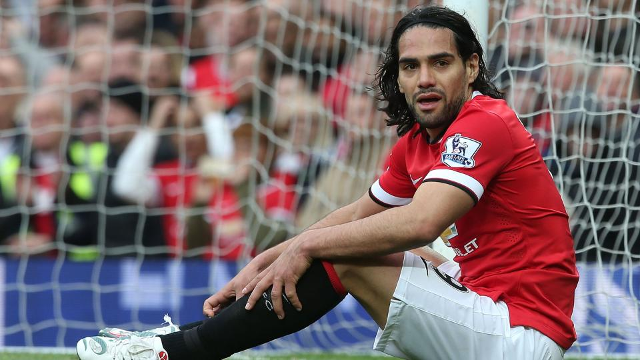 According to the Metro, Dona Denis King Garcia – the grandmother of the 29-year-old Columbian striker – complained on El Universal about the lack of playing time Falcao received under Van Gaal at Manchester United during the 2014-15 season.

“The truth is that he has had few opportunities to play,” Garcia said.

“At first he was used a lot, but after that he has been used very little; in those 10 or 15 minutes he’s being given he can’t do anything.

“So it is very difficult for him. You have to give him more time to do what he does best.”

Falcao made 14 starts for the Red Devils in a loan spell from Monaco, scoring four goals along the way, but was not brought back for a second season.

Garcia also complained that the coaching style of Jose Mourinho’s staff at Chelsea has not been compatible with Falcao. He joined Chelsea on loan from Monaco over the summer.

“After the injury he suffered last year before the World Cup, he has tried to return and has played some good matches,” Garcia added.

“But I also think the coaches he has worked with have not been explicit with him. You have to show confidence in him because that is the only way he can return like before.”

In eight games with Chelsea this season, Falcao has seven appearances and one goal.

Prior to his Premier League debut, Falcao scored 138 league goals in stints with River Plate, Porto, Atletico Madrid, and Monaco.