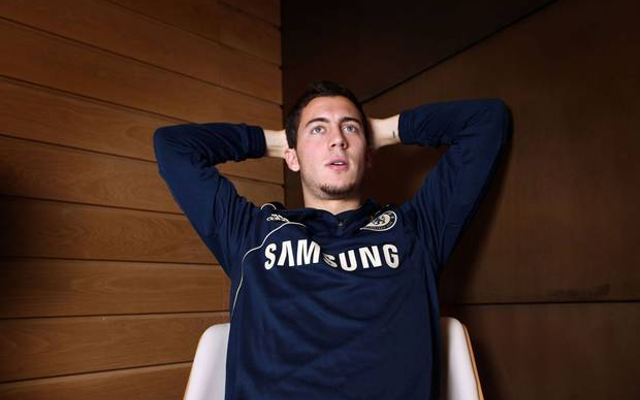 Manchester United fans have very vivid memories of late August when they lost out on Pedro in a transfer hijacking by Chelsea. So it may come as a shock – or not – to find that Man United were similarly hijacked in a bid for Eden Hazard back in 2012.

In an interview with ESPN Brazil, Hazard’s former Lille teammate Tulio de Melo revealed that the Belgian superstar had “pretty much agreed” to sign withUnited, and likely would have signed if not for a personal intervention from Chelsea owner Roman Abramovich.

“It was pretty much agreed that he would go to Manchester United, but there were other clubs wanting him,” de Melo said.

“But the owner of Chelsea was there with his yacht in the city. One day, we were getting ready to watch a film at the festival when Hazard appeared and said: ‘I won’t be able to go with you, I have to go to a meeting with my agent and Abramovich.’

“Then when he came back we were all having dinner at a restaurant. Hazard arrived with a smile from ear to ear and said: ‘Yeah… I think I am going there (Chelsea), I think he (Abramovich) convinced me.’ Soon after, the deal was done quickly and he was playing at Chelsea.”

One can only speculate as to what Hazard and Abramovich discussed in private, but Hazard ultimately signed with the Blues and was one of the most dominant midfielders in the Premier League for three straight seasons. Last season Hazard was named Player of the Year.

Hazard’s future at Stamford Bridge has become a little more sketchy amidst his struggles this season. Rumours have it that Hazard is angling for a move to Real Madrid next season.