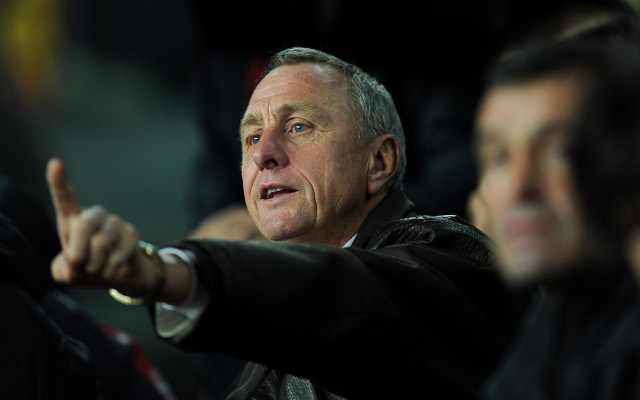 Former Ajax and Barcelona legend John Cruyff has been diagnosed with lung cancer, according to the Daily Express.

The Express reports that the 69-year-old is expected to release a statement later on Thursday evening to discuss how the extent of the disease following another round of tests.

Reports is Spanish publications RAC1 and Catalan newspaper Mundo Deportivo, the Dutchman was diagnosed last Tuesday, but it is only now that the story has made it to the press.

Cruyff won three consecutive European Cups with Ajax, before playing for and managing Barcelona, and even spent time in the United States before drawing his playing career to a close.

Barcelona VP Susana Monje released a statement of support ahead of her presentation to the club’s board using the official FC Barcelona Twitter account.

Before beginning her presentation, VP Susana Monje sent a message of support to Johan Cruyff, who just announced that he has lung cancer.

All of us at CaughtOffside are stunned and saddened by the news and we’re sending Cruyff our best wishes and hope that he can make a full recovery soon.