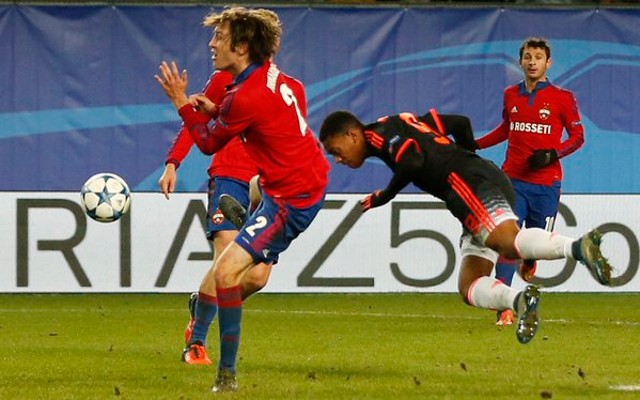 Manchester United boss Louis van Gaal has shared some harsh words with young striker Anthony Martial by branding him stupid for conceding a penalty against CSKA Moscow on Wednesday night, the Metro reports.

The Frenchman handled the ball in the area to give the Russians the lead in Moscow, and van Gaal said that Martial’s mistake gifted CSKA a ‘present of a penalty’, but later expressed his delight at his ability to atone for his error.

“Martial is a human being,” said Van Gaal in his post match conference. “He reacted and it’s a stupid reaction, but sometimes these things happen.

“He said it’s the first time it has happened to him, that he gives away a penalty. But I was very happy with his performance.

“I knew in advance that it would be a very difficult game because CSKA are very well organised and compact.

“They also had the present of a penalty from Martial, so it was more difficult for us, because they could play more compact.

“But we are now on schedule after the PSV Eindhoven defeat. Now we have two home matches and we are very strong at home.

“I hope we can win these games so we are qualified or nearly qualified, but we also have a game away to Wolfsburg.”

United currently sit second in Group B with four points.