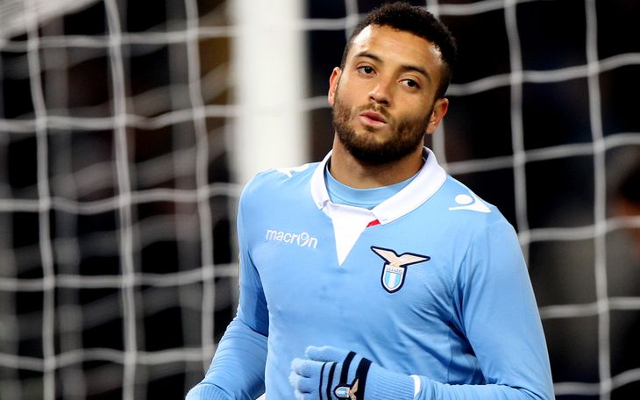 As many have come to expect from them, Manchester United are looking to make a big splash in the January transfer window and are willing to fight a La Liga rival in a bidding war for a rising Brazilian star.

According to the Metro, Man United are trying to make a bid for Lazio forward Felipe Anderson. However, United will likely face stiff opposition from Barcelona per the Metro report.

The Metro added that Anderson might prefer a move to La Liga rather than Old Trafford, and it’s possible Anderson would get more time on the starting XI for Barcelona as opposed to Man United. The reigning La Liga champions are still looking for a replacement for Pedro, who was a last minute transfer to Chelsea in the waning hours of the summer transfer window.

Manchester United were also trying to land Pedro, but ultimately spent the money they set aside to land Anthony Martial.

Felipe Anderson had a career year at Lazio last season, setting career highs with 10 Serie A goals and 11 total goals.