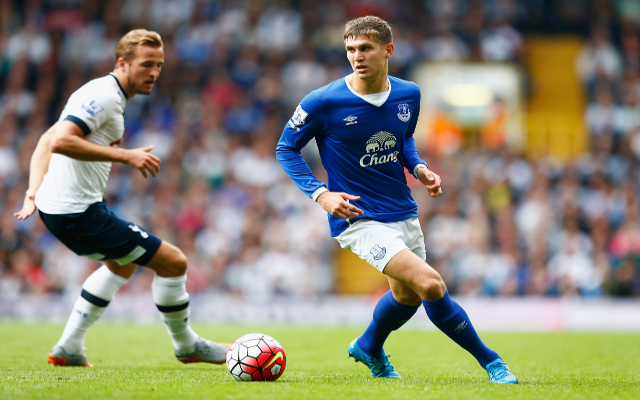 Everton have delayed holding contract talks with centre-back John Stones after telling him to focus on rediscovering his best form, according to the Daily Express.

Stones was the subject of numerous transfer offers for his services from Chelsea over the summer, with the final offer reaching £37m following a transfer request to help push through a switch to Stamford Bridge (via Express).

The England international currently has three years remaining on a £30,000-per-week deal, which doesn’t come close to reflecting his status if Everton are insisting on earning £40m for his signature (via Express).

However, following last week’s 3-0 home defeat to Manchester United, manager Roberto Martinez has revealed that the 21-year-old would be better suited to concentrate on rediscovering his best form rather than worrying about a new deal.

“Again, it’s not a time to talk about any individuals,” said Martinez. “It’s a good, stable position and I don’t want to touch that.

“The focus now is just on performing, playing in games; it’s not a moment to look into individual situations.”

And should talks resume at some point, any potential deal for Stones would likely include a buyout clause to put a stop to any further speculation surrounding his future.