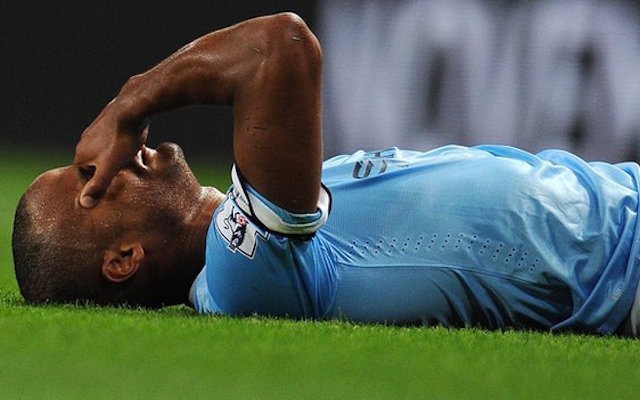 Manchester City boss Manuel Pellegri has warned club captain Vincent Kompany that his place in the first team is no longer guaranteed, the Daily Mirror reports.

However, The Mirror does claim that the Belgian international is set to be restored to the starting XI ahead of this weekend’s Manchester derby after spending the past two games on the bench.

But Pellegrini has warned that he is no longer the first name on the team sheet.

“Last season we finished the last six games without Vincent and we won all six, conceding only two,” the manager said.

“So the moment of the player is the most important thing. At the beginning of the season I said Vincent and Eliaquim Mangala were untouchable because they were playing very well.

“We bought Nicolas Otamendi and he didn’t play because they were doing so well. After that, there’s a lot of things why the performances of the players change and it’s my duty to choose the best 11 every game.

“Vincent was five weeks without playing and on his return he played 45 minutes [for Belgium], so he’s fit. We’ll see when he’ll return. But I always say this team is better with Vincent than without him.”

Kompany was brought on with just a minute to go in the midweek Champions League victory over Sevilla, in a move that many felt was Pellegrini punishing the defender for defying him by playing for Belgium 10 days ago, but he denied that’s the case.

“I don’t have any problem with Vincent Kompany.

“Every week I have to choose the starting 11 that I think is best for that game.

“I’m not punishing Vincent and I don’t have any problem with him. After one month or five weeks without playing or without training, you must be fit but you are not ready to play in important games.”