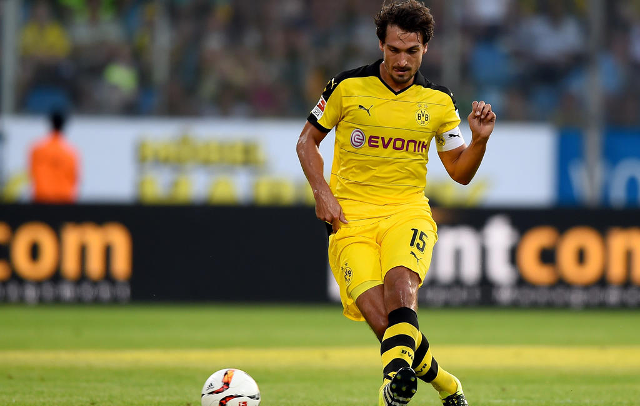 Manchester United have still been trying to seal the signature of Borussia Dortmund centre-back Mats Hummels, according to the Metro.

The Red Devils have been keen on the World Cup winning defender for some time, and had been working hard on a deal to bring him to Old Trafford during the summer transfer window (via Metro).

However, both Barcelona and Bayern Munich are both keen on snapping him up, but he is still under contract with Dortmund until 2017.

Dortmund are fully aware of the widespread interest in his signature, and because of that are attempting to tie him down to a new and improved deal beyond the expiration of his current contact (via Fichajes).

But in case he turns down the opportunity of a prolonged stay with Borussia, the Metro claim that United are in pole position to land his signature.