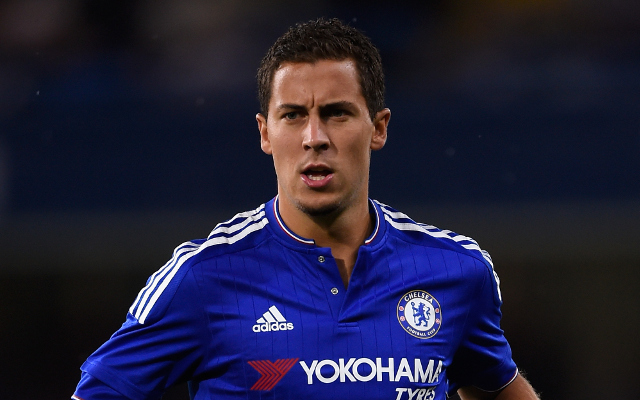 Another week, another loss for Chelsea and it is getting to the point that some of the club’s biggest stars could be looking for the nearest exit.

According to the Daily Star, Eden Hazard‘s deteriorating relationship with manager Jose Mourinho is taking its toll, and several of Europe’s biggest clubs are readying for a chance to pounce if Hazard decides to transfer.

The Daily Star reported that Manchester City, Real Madrid, Barcelona and even Manchester United are vying for a chance to sign the reigning Premier League Player of the Season.

City are considered top contenders because of their liberal spending and the Belgium connections with Vincent Kompany and Kevin De Bruyne. The two La Liga outfits are facing the possibility of numerous player departures in the upcoming transfer windows.

Hazard has yet to score in the Premier League this season and has played like a shell of his former self, earning a spot on the bench in several recent fixtures and a numerous calling-outs from his embattled manager.

The Daily Star suggested that any potential bidding from the Premier League or La Liga giants would likely start at a whopping £70m.